This year the NATO CHARITY BAZAAR will celebrate its 50th Anniversary, making this edition extra special. To celebrate, an exhibit retracing the History of the NCB was created. 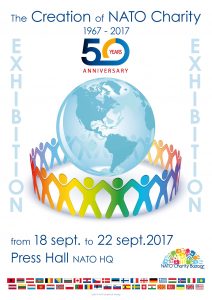 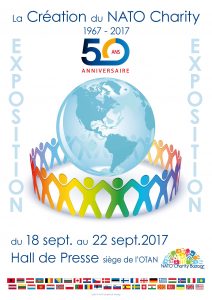 Did you know that the NATO Charity Bazaar ASBL (NCB) was initially formed in 1967 as the NATO International Military Staff (IMS) Officer Wives Group. This Group was created to facilitate friendship and develop a family feeling within the IMS’ international community. These women, dedicated to their cause, organized the first official bazaar two years later, and they brought unique items from their native countries, many homemade. This bazaar raised 24.586 Belgian Francs, which was all donated to the Save the Children Fund in London, England.